This is the first time in the corner where artists are deepened by interviewing people and original experiences of music. This time, we will ask GOCHO Futoshi, who is attracting attention as the second single to decide the power play of FM songs and the Apple Music playlist, about his musical opportunity and his school days.

When I was in the third grade of elementary school, I went to a folk song class with my grandmother.

- What made you start playing music?

GOCHO: I've loved singing since I was in the third grade of elementary school, but the first thing that triggered me was to go to a Japanese Folk Song class that my grandmother had been learning and attend a presentation.

- Did you follow along and sing the folk songs?

- And what artists have you been influenced by since you grew up?

GOCHO: I was originally an aspiring singer, so I liked the songs of great vocalists such as Stevie Wonder, Oasis and Carpenters, and I listened to them and imitated them. In particular, Stevie Wonder and Oasis' Liam Gallagher love grooves and fragging with the band.

When it comes to song making, it's more broad and shallow than deeply researched, but what I want to reach is simple code and beautiful melodies like Oasis' Noel Gallagher.

In the songwriting, I think I was influenced by Yosui Inoue and SUGA Shikao. I think the lyrics of these two people are good at language things that are sensory and artistic. I want to be able to write lyrics like that too.

I do the selection music of BAR GOCHO by myself.

- When is the cover of Stevie Wonder, Oasis and Carpenters?

GOCHO: I started listening to Western music when I was in high school, so I think that's about it.
However, when I listen to other artists' songs, I often feel the influence of the three groups, but the cover itself was only practiced secretly by my own person, so I don't really have much of a show in front of people.
Don't Look Back In Anger of Oasis covered it in "BAR GOCHO", but I hope to be able to perform other songs somewhere in the future.

Don't Look Back In Anger/Oasis Coverd by GOCHO Futoshi

-The songs in the weekly "BAR GOMACHI" must be songs you haven't heard in real time, but did you choose those songs yourself?

GOCHO: I'm selecting my own songs.
From in the Playlist of YouTube and Apple Music, I try to choose a song that does not feel uncomfortable even if I cover it now.
However, in this day and age, you can listen to songs from any era right away, so it doesn't matter too much whether it's real time or not at this point in time, my personal preference and notoriety are the criteria for song selection. 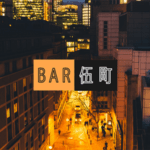 - By the way, I heard that you appeared on FM's program for the first time the other day.

GOCHO: It was my first time and I was worried, but they welcomed me kindly and warmly, and I was nervous, but I was glad that I was able to talk to them more properly than I ld them. I've also played and talked about it.

- What kind of activities are you going to do in the future? Please let us know, including your wishes.

GOCHO: One is Bar GOCHO every Monday, where I play cover songs, and the other is writing my own original songs. Now, when the coronas converge and I can do live shows, of course I want to do them. 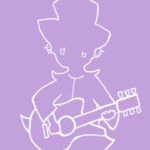