Films with a deep connection to music are often shown since last year. You better watch films about music in a cinema hall at high volume, otherwise it's absolutely meaningless. NO! Don't watch them on your cell phone while you're in bed. This time, I would like to introduce a film that you should listen to more than watch it.

First of all, let's start with this moving film. It's not often that music alone gives me goosebumps and tears come out naturally, but I found myself shedding tears in the cinema hall. This voice needs no explanation. It is the unbelievably most moving in this world and at the same time out of this world. It is such a voice.

In that film, there is a small shot of Mick Jagger, who was probably there to listen, but, sorry, to be honest, Mick's presence hardly made an impression in front of Areatha's voice.

The next film that brought tears to my eyes in a different way was "Linda Ronstadt sound of my voice". If you ask me if I listen to Linda's music a lot, she is not a singer I love that much, but I often listen to "Canciones De Mi Padre" on a sunny morning. It's one of my favorite album. I thought I hadn't heard about her recently, but it turns out that Parkinson's disease has made it impossible for her to sing professionally as she can no longer reach her pitch. She is superb at singing everything from country to rock and pop, and even opera, and draws people into her songs, she was a natural born singer, but it is a big tragedy that her singing are taken away from her. At the end of the film, Linda sang a song with her family, and it completely broke my tear gland. Still, I really admire Linda for living strongly. I thought to introduce a song form my favourite "Canciones De Mi Padre", but this time I chose this song.

The other thing I really wish I'd seen live show is this film, which I didn't realise they were really playing until David Byrne explained. Well, it's a really cool performance. Tight, simple, danceable and deep, the quality of Talking Heads' songs is still exceptional, and I think it's a real shock that they were doing this in the 70s. If you missed this film in the cinema hall, you should desperately look for it and definitely watch it if you get the chance! Watching it at home just doesn't do justice to the fun!

David Byrne - Once in a Lifetime

Next up, a film that will make jazz lovers' hearts skip a beat. "It Must SCHWING THE BLUE NOTE STORY". This is a documentary film about German immigrants Alfred Lion and Francis Wolff, who set up the jazz label Blue Note Records and went on to create some of the greatest albums in history. Well, cool photo after cool photo I'd never seen before and anecdote after anecdote I'd never heard before. Thank you, Lion and Wolf. You guys are the reason I love music so much. From the glorious 1500s, the hard bop curtain raiser, this first track from my favorite, favorite ”A Night at Birdland Vol. 1.”

Lastly, ”Belfast”, which I went to see at the cinema to listen to the music, even though it wasn't a film about music. Belfast is, for me, the city where Van Morrison was born. The film was very good. I know there was a conflict in Belfast, but I didn't properly understand that it was a religious or sectarian based conflict. The story of a family forced to leave their homeland due to the conflict completely overlaps with the current situation in Ukraine. This part of the film is a spoiler, so if you haven't seen it still, close your eyes and pass this part.

The line, "Catholic or Hindu, if we respect each other, we are family" (I'm remembering it laconically) struck a chord with me. And I really enjoyed Van Morrison's songs at high volume . From one of my favorite album that Mr. Peter Barakan said, "As soon as that record comes on, the atmosphere of the space and the people in it changes instantly". (It didn't play in the film.)

Van Morrison - And It Stoned Me

Finally, as usual, my song. It's not a song that has anything about films. But when I posted thsi song to BandLab, Michelle Saint-Georges, who always heartful comments on me, wrote: She praised the lyrics, "I see the whole picture and can imagine you going through the day, it's springtime, the pollen is in the air, you pass through all the mundane events of the day with your handkerchief and sneezing, all while thinking about the new crush." It's a bit comical, but I think I can put lyrics that make images come to mind.

I find myself thinking about you.  / Lyrics: KANEKO Chalin

Waking up, brushing teeth,
boiling water, making coffee
baking bread with strawberry
and sun through trees
A woman on TV with no sleeve
Don't forget handkerchief
I find myself, baby thinking about you

feeling on face little warm windy
humming on the street
saying hello with Johnny
as I sneeze
at the desk starting PC,
one more cup of coffee
I find myself, baby thinking about you

working hard, talking hard, broken thought
I'm at limit
I could get you out of my head for a bit
I can't get back and think more, my emptiness sit
I find myself, baby thinking about you

I'll see you soon.
What I’ll talk about?
Let's start with a strong stout
Watch not to drink too much so you don't kick me out
I may be too old, so romance don't seem to start out
I find myself, baby thinking about you 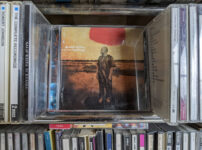 This time, I would like to focus on the voice and select songs. I love jazz music, so I often listen to music without voices, but I prefer "songs. Among jazz music I like trumpet the best maybe because it is the closest to the human voices. While I ... 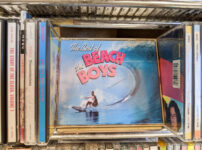 I like to watch films that makes me not to think anything. Like on holidays or after a long day at hard work. Of course, I like to laugh at comedies but getting excited by action movies is as good as that. 007 is one of my favorites, I especially love the ... 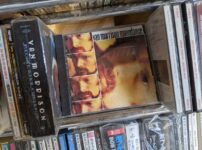 Films with a deep connection to music are often shown since last year. You better watch films about music in a cinema hall at high volume, otherwise it's absolutely meaningless. NO! Don't watch them on your cell phone while you're in bed. This time, I wou ...