This time, I would like to focus on the voice and select songs. I love jazz music, so I often listen to music without voices, but I prefer "songs. Among jazz music I like trumpet the best maybe because it is the closest to the human voices. While I said to pay attention to the voice, I started with Clifford Brown's trumpet, which sounds as if it is singing.

「Once In A While」Art Blakey Quintet

Now, from the next, I will focus on the real human voice. This man's voice, which penetrates high into the air, is still exceptional. When I hear him sing, it is as if I am soaring high into the sky on the wings of his voice. He may have lost some of his former brilliance after becoming ill, but it is nice to know that he still sings beautifully.

Next I introduce Don Henley from Rock. I don't feel much emotion in his voice. Many of the early Eagles songs basically remind me of the blue skies of California, but Don's songs have a slightly different feeling. It somehow evokes the dark night in the desert behind the blue ocean and blue sky. Music, especially rock music, can be said to be an outpouring of emotion, so I feel that his emotionless voice is alien to that music. I may be the only one who feels this way. This time I introduce this song, a favorite of mine, which is a great match for his voice, which doesn't show his heart in an exaggerated way.

Next, from England. I think he was born to sing. I feel some touch of Irish music from his song. He has a typical voice that I like. The sound is basically acoustic, but he also uses some beatings, etc., and it sounds old, but not just old. It's not often heard in Japan, but it's still a great voice!

「The One I Love」David Gray

Next up is Blues, and B.B. King is great, but I think it's more about the way he sings. I like Robert Johnson's voice. I've heard a lot of people say how great he is on the guitar, but I love his voice. As a junior high school student, it was the kind of music I listened to with trepidation, the kind of voice I didn't want to hear alone at night. Robert Johnson with the devil in tow seems to be coming out the window.

「Come On In My Kitchen」Robert Johnson

Finally, one more voice, an extraordinary voice. I was watching a documentary about him and heard him yelling to scare the monkeys away from the fields. He actually showed it in the video, but it was an incredible voice that came from the depths of the earth and pierced through the plains. Who is that? It is Salif Keita. Salif's voice on this groove that runs across the plain, no questions asked. You don't have to think about anything. Just surrender.

Lastly, as usual, I will intrduce my song. My voice may be a bit unique, but it's not particularly good. So I'd like to share this song that I wrote and ThePeckham Poet in London sang. His voice is strong and very good.

The place I’ll reach is my goal ThePeckham Poet

In case you are interested, here is my song as well.

The place I’ll reach is my goal Lyrics: KANEKO Chalin

Butterfly, Butterfly
Do you know where you wanna go
Oh Lord, I am blind, but you can show the road

Blowin’ wind, Blowin’ wind
Do you know where you wanna go
Oh Lord, I am blind, but you can show the road

I am always lost, but with trust I go
Oh Lord, the place I’ll reach is my goal

Little girl, little boy
Do you know where you wanna go
Oh Lord, I am blind, but you can show the road 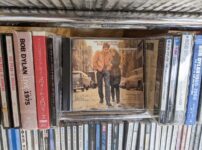 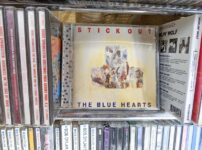 When was it that the fuse ignited?Was it when I was a junior high school kid or before I was born?I loved the record. like gunpowder on the verge of explosion My first hero was Bruce Springsteen.One American with a bandana wrapped was shouting, "I was bor ... 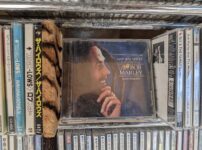 There is a swirling sense of uneasy, unsettling times ahead. Climate change, the crisis of democracy, the suffocation of capitalism, life getting longer and longer, dreams getting be inflated bigger and bigger. We seem to be facing a big problem. What mea ...