Most giants have generated a lot of followers. But there are also giants who had no land connection to anywhere, who are like islands in the middle of nowhere. Their music captivates so many people and so many musicians, but there is no one to follow. Or rather, they don't know how to follow, or they don't see the point in following.

Thelonious Monk is one of those giants. Each sound is grainy, but I can never predict where it will be placed in the space. This is the first track of 'Monk in Italy', my first encounter with Monk.

The reason why I'm suddenly talking about Thelonious Monk is because the other day I saw a film called "Monk in Europe". In the film, at a live rehearsal, Monk sat on the chair by his piano and watches with a blank expression as Charlie Rouse tries his best to teach the talented horn players who are confused about the structure of Monk's song. It was very Monk-like and interesting.

And now for once more Jazz. This one is not mysterious, but rather a giant who is too "plain" for anyone to imitate. There is nothing pretentious about his music. Not on a stage, he sang like he's in the passenger seat of a car, and he played his trumpet like it's heard a distant practice while I am relaxing by the river. That's what it sounds like to me. But no one can blow or sing like him. His life was confused, but the music was really natural and cool, Chet Baker.

It's interesting to listening to the difference between the original Charlie Parker and Dizzy Gillespie performance.

One more song by a singer who is incredibly natural and inimitable.

Next up is a song by the great band, The Band. Some of you may be thinking, "Oh no, don't they have lots of followers in Americana and Southern Rock?"  But what I want to talk about is Garth Hudson. It's a miracle that he's in a rock band, The Band is a good rock and roll band, but it's when Garth Hudson plays the organ that they become a special rock and roll band. Garth's organ doesn't often come to the fore, but like the teeth spinning at the bottom of a mixer, it churns and churns from the bottom of the song, turning a simple tune into a mess. Butterfield's harmonica sounds just like train itself and Levon Helm's vocals are great, but it's the rampaging Garth that makes this song a must listen.

Next is a man whose music feels no connection within himself than to his followers. From Ziggy Stardust to soul, to Berlin to a rock icon. He doesn't change on purpose, or with the sweat of his brow, he changes like an insect in metamorphosis. It's a pure change, not an improvement. It's "Changes".

Finally, as usual, here's a song of mine. I'm not a giant, and of course I don't have any followers, so it's difficult to find my song that fits with this theme, but here's a song I wrote at the end of last year. It was a folky song as usual, but when I posted it to BandLab, a few friends added more and more sounds to it, and in the end, it became a bit mysterious, so here it is. But I didn't expect the Doo-wop backing chorus was added to the heavy lyrics.

365 days will have passed in tomorrow / Lyrics: KANEKO Chalin

A lot of drama was written and many times I enjoyed
Sometimes laughed, sometimes cried
I drank a lot of beer to take home, at last got to drink freshly poured
Sometimes happy, sometimes bitter

New babies were born, and some passed away
New love started and lost on the way
New songs were born, and the old still stay
There are not enough love songs to play
I just wanna be with you in New Year's Day

That day all watched TV that The Capitol was attacked and burned
Some crimes punished, some crime put under
A celebration of peace will be hosted in the land of genocide
Too many killers, too many lies,

New babies were born, and some passed away
New love started and lost on the way
New songs were born, and the old still stay
There are not enough love songs to play
I just will be with you in New Year's Day 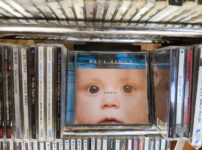 Short narrative of a music lover Vol.4 Paul Simon - Everything about it is a love song

Most of my favorite living musicians are over 60 years old. （Most of favorites are no longer alive.) Musicians who die young stay young and cool, but musicians who grow old almost all become dandy.A few years ago, I went to a Bob Dylan concert on his live ... 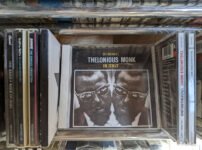 Before or after Thelonious Monk no sounds of Thelonious Monk have rung. It' s not important that is his music Jazz and Be-bop or not, it's Thelonious Monk. Most giants have generated a lot of followers. But there are also giants who had no land connection ...